(Day 1): Pasighat which is 270 kms from Itanagar is the headquarters of East Siang district and the oldest administrative center of erstwhile NEFA. It is situated on the banks of the Siang River, the main tributary of Brahmaputra. The snowclad peaks, rocky mountains and a variety of flora and fauna offer nature lovers ample opportunity to explore natural wonders.

Jawaharlal Nehru Museum-
The museum has a rich collection of textiles, weaponry, household articles and handicrafts that reflect the tribal culture and heritage of Arunachal Pradesh.

Craft Centre & Emporium-
Located at Itanagar, here one can see and buy local artifacts like wall painting, traditional costumes made of natural vegetable and herbal dye yarns, and attractive utility items made of cane and bamboo.Zoological Park (Zoo) – Located at Chimpu, the park has a variety of fauna including avi-fauna species. Indira Gandhi Park- It is a popular park located at Itanagar

Polo Park-
It is a small botanical garden located on top of a ridge at Naharlagun (the twin capital city).

Daying Ering Wildlife Sanctuary:
Day 2: This sanctuary is 13 km from Pasighat and is spread over a cluster of river islands. One can reach there by cruising the Siang River. The unique ecosystem of this sanctuary has made it a natural habitat for different species of birds including migratory birds like cranes, wild ducks, storks, waterfowls, etc, which come from Siberia and Mongolia from September to February every year. The sanctuary is a veritable delight to amateur and professional ornithologists.
The forest islands are home to hog deer, hispid hare, and wild buffalo, Sambars, elephants and other rainforest macro and microfauna.

Siang
Siang river, which originates from Tibet and forms the main flow of the mighty Brahmaputra, is a socio-cultural poetry with a unique personification of its own. Many rapids on the Siang river have been a prime attraction for River rafting and water sports. The challenging expedition begins at Tuting in Upper Siang. The river runs through the gorges of Nigguing and Marmon, both, with their thick forest covering, reaching up to the heavens. It negotiates the finest big volume white water in an area, which is often rated as one of the most inaccessible in the world-just getting to the jump-off point takes a journey of four days by boat and jeep. The self-contained 180-km run from Tuting to Pasighat includes a 10-mile stretch of massive rapids with names such as Moing Madness, Zebra Rock and Pulsating Palìsi. But there are calmer moments on the river where one can just float along with the current. The adrenaline rush is high and you’ll be able to dine out for months on the tales you take back home. Abundance of rich aquatic life has attracted anglers again and again.

Mouling National Park (Jengging):
This park which is 195 km from Pasighat is situated in Upper Siang district and covers an area of 483 sq. kms. Here one can see some rare wildlife such as Takins, Serow, Goral, Clouded Leopard, Black bear, Leopard, Red Panda, etc. During winter, large number of migratory birds can be spotted in this park.

River Siang in this region is at the height of natural and scenic beauty. Meandering through the mighty Himalayas, it provides beautiful landscapes and natural beauty.

Kekar Monying(Black Rock):
Is in the East Siang District. It is one of the important places of the state where memorials have been erected of Adis who fought with the British at this site on 4th December 1911 and died a heroic death. A stone cliff stands 50metres high with about 500metres in length.

Komsing:
This is the place where the British had erected an epitaph/memorial stone of Sir N.Willamson who was killed by Narmi Manmur Jamoh. There is also a long and high suspension bridge constructed by the British.

Yingkiong:
(Day 3): Located at a distance of 180 km from Pasighat, it is the headquarters of Upper Siang district and is situated amidst beautiful landscape and natural beauty.

Dehang:
This reserve covers a part of Jengging, Tuting, Gelling and Singa in Upper Siang district and Mippi and Anini in Dibang Valley district. It covers an area of 5111.5 sq km with altitudinal variation from 500 to 16000 ft height that leads to snow clad peaks and glacial lakes. The reserve accommodates eight types of forests namely- sub-tropical broad leaved, sub-tropical pine, temperate broad leaved, temperate conifer, sub-alpine scrubs, alpine pastures, bamboo groves and grasslands. It is one of the identified bio-diversity hot spots in the country. 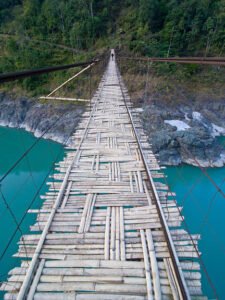 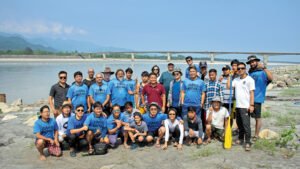 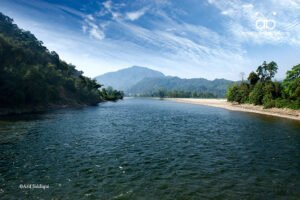 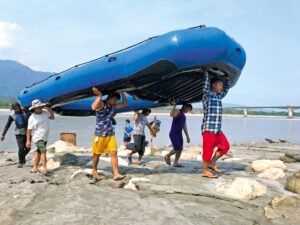 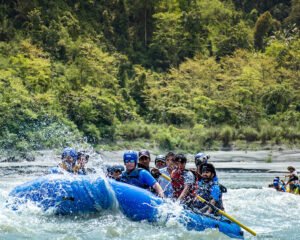 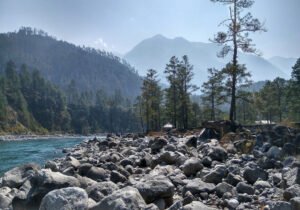