This circuit starts from Tinsukia in Assam to Namsai and Tezu in Lohit district and Hayuliang in Anjaw district of Aruanchal Pradesh. The entry point in Arunachal is at Dirak This circuit begins at Dibrugarh in Assam and leads all the way to Roing, the headquarters of Lower Dibang Valley District.

Roing:
(Day1): It is a picturesque town in a valley by the side of the Dibang River. Nehru Van Udyan, a beautiful forest park on the riverbank at Deopani has a well maintained garden and an orchidium. One can see orange orchards on the way from Roing to Bismaknagar, Baily Bridge on Deopani River and tribal villages of the Idu Mishmi community.

Mayudia:
(Day 1): This unique hill resort is 56 km from Roing and is situated at an altitude of about 8000 ft amidst lofty hills, lush green forests and breathtaking landscapes which provide a panoramic view of the surrounding snow capped mountains and the landscape. The ascending drive from Roing to Mayudia along the winding twelve-necked point (Baro Golai) of the road provides a sense of adventure as well as close encounter with nature.

Bhismaknagar:
Bhismaknagar which is 30 km from Roing is the oldest archaeological and mythological site in Arunachal Pradesh with a rich and ancient history. The ruins of the ‘Hill Fort’ made up of burnt bricks dates back to 12th century A.D. The fort which extends over an area of 10 sq. km., was excavated during 1969-1973 which yielded terracotta plaques, decorative tiles, potteries, terracotta figurines etc. Bhismaknagar finds reference in Bhagawad-gita and the Mahabharata. The Idu Mishmi tribe is associated with the legend of Rukmini Devi, King Bhismaka’daughter and Lord Krishna’s consort. It is believed that she was from this tribe. Popular legends and traditions identify the ruins of the fort as the site of the capital of King Bhismaka.

Hunli:
(Day 2): This small town is 90 km from Roing on the way to Anini and is situated in a picturesque scenic valley. The cave temple at Kupuli near Hunli is a sacred place of worship for the tribes of the region. The drive from Roing to Hunli through the well maintained black topped road provides thrill and eye catching scenic beauty.

Sally Lake:
(Day 3): Sally Lake Resort is 3km from Roing and forms a part of Mehao Wildlife Sanctuary. It is a natural lake surrounded by thick vegetation. The lake overlooks a beautiful valley.

Day 4: This sanctuary is 17 Km from Roing and is spread over an area of 281.5 sq km with varying altitude from 400 m to 3368 m above msl. Rare species of animals like wild duck, takin, hollock gibbon, tiger, leopard, red panda, and elephant etc are found here. A vast lake with crystal clear water and covering an area of about 4 Sq. Km forms a part of the sanctuary. The surroundings of the lake are extremely rich in flora and fauna. A walk around this natural lake is a divine pleasure. 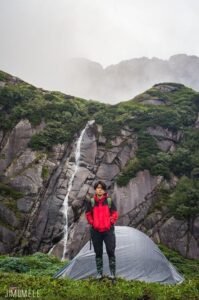 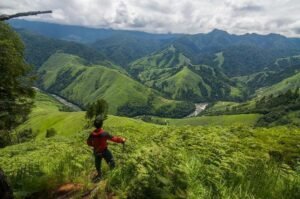 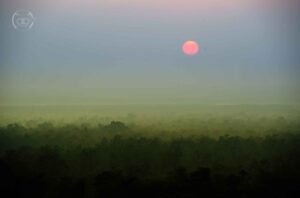 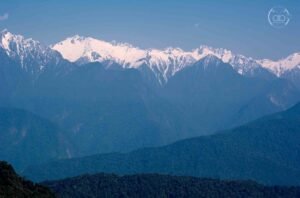 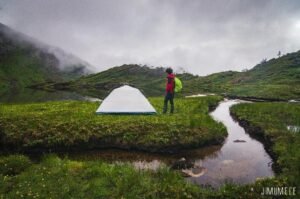 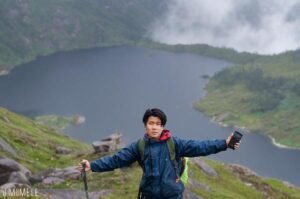